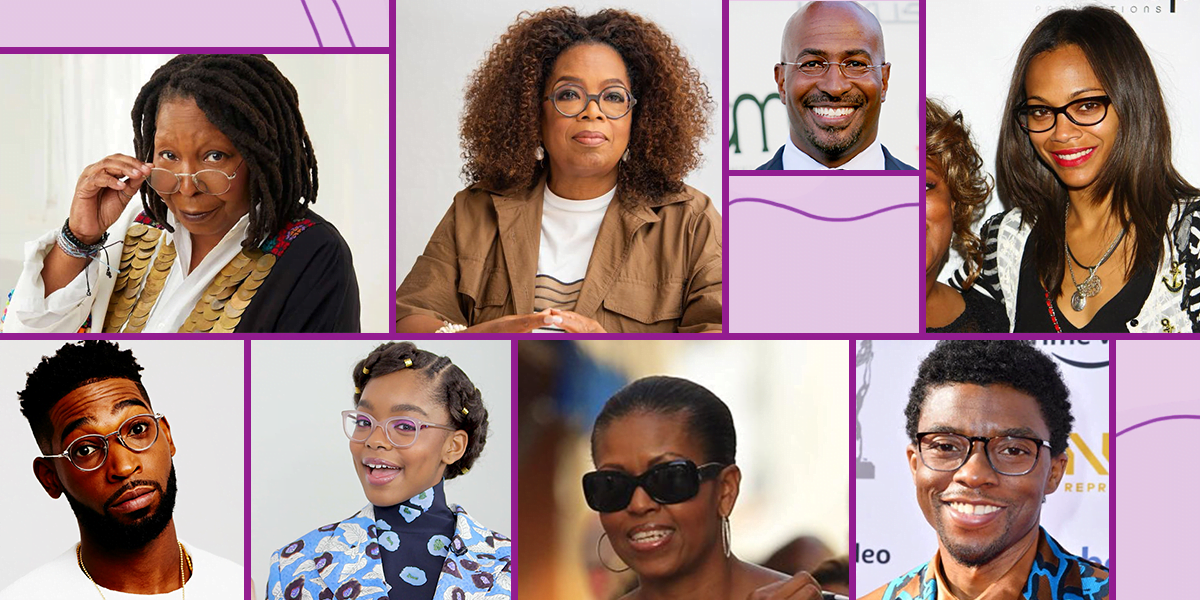 Each of us wants to make the world a better place with our good deeds. But don’t you want to look good while doing good? We all do. And one of the best examples of people who have done this is black celebrities with glasses!

Glasses, you ask? That’s right, being a simple, easy to don, and functional accessory, glasses help anyone – celebrity or not – make the world a more beautiful place.

Now, anyone who is black not only has to face the discrimination of the world. They also face discrimination from accessories, as many colors don’t just pop out, so as to help us stand out from the crowd.

But the following black celebrities that wear glasses have decoded that secret, and know exactly how to add charm to their looks.

Michelle was the First Lady of the United States of America from 2009 until 2017. She became an advocate for social concerns such as poverty, education, and healthy living during this time.

Now an author, a lawyer, and a super philanthropist, Michelle Obama, the first African-American woman to serve as First Lady, is also stunning in appearance.

Making her way on this list of black celebrities that wear glasses, she makes a fashion statement with her minimalist yet happening glasses.

The former first lady is often seen in her black pair of oval glasses and at times in her rimless round glasses.

Apart from that, is a fan of sporting aviators and wayfarer-shaped sunglasses.

For nearly 25 years, Oprah – one of the best black female celebrities with glasses – made “the Oprah Winfrey Show” the highest-rated television program of all time. Do you know she is also an author, actor, television producer, and philanthropist?

She rose from poverty at a period when being black in America was nearly a sin. Yet, poverty and being black did not prevent her from reaching the point in her life where she is now.

Do you know what aided her in overcoming all of her life’s challenges? Her tenacity, determination, excellent communication abilities, and sense of style make her appealing to a wide range of people.

And the use of glasses to style up is an element of her fashion sense.

She is often seen in an evergreen black pair of glasses.

However, she knows colors help bring out her beautiful eyes too. That’s why, she is also seen sporting maroon, white, gray, blue, tortoiseshell, orange, and clear glasses. These colors are great for any person with a black complexion as it helps them captivate and draw attention to the eyes.

Of all the black celebrities with glasses on this list, Oprah probably has the biggest collection of glasses you can’t help but admire.

Recently deceased due to cancer, Chadwick “black panther” Boseman is the most handsome of all black male celebrities with glasses on this list.

After doing many mind-boggling films like 42 and Marshall, the actor and playwright got famous after enacting Wakanda’s King – the black panther, in Marvel movies.

Apart from his acting skills, Boseman is famous for pulling off great looks. And we know this after seeing him sport a fantastic pair of black wayfarer glasses on the red carpet on one occasion.

After doing many mind-boggling films like 42 and Marshall, the actor and playwright got famous after enacting Wakanda’s King – the black panther, in Marvel movies wearing various the best spectacles. Thus, becoming one of the most awesome black female celebrities with glasses.

She has proven that donning a pair of fashionable spectacles is more than enough to create a fashion statement. After all, she has walked countless red carpets and interviewed guests on her own talk show wearing her collection.

She is frequently seen wearing round glasses, which appear to be her preferred style.

You can wear these simple black oval-shaped spectacles like Whoopie Goldberg. And if you believe in the ‘Less is More’ fashion philosophy.

Aside from black, she can be seen in a variety of colors, including ocean blue, white, brown, and tortoiseshell. All of this contributes to her eyes’ stunning beauty.

Cicely Tyson, a celebrated actress, author, and the oldest of all black female celebrities with glasses on this list, was and always will be an icon. She, for many, is a symbol of hope for all who strive for perfection. The Emmy and Tony Award-winning actress worked in film, stage, and television for almost 40 years.

Cicely’s eyeglasses preferences have evolved over time. From a classic 1940’s cat-eye to huge round lens frames from the 1960s. Afterward, she was frequently photographed wearing tortoise-colored frames. This style has long been and will continue to be a symbol of richness, rank, and elegance, according to history.

Van Jones, a jack of all trades, is a New York Times best-selling novelist and TV show presenter.

He is the CEO of the Reform Alliance, an organization working for the liberation of those who faced injustice by the criminal justice system. He is best known as the face and co-founder of ColorofChange.org.

Van Jones, the changemaker, is not just capable but also attractive. His round-shaped rimless spectacles are one of the reasons behind this and why he is among the top black celebrities with glasses, in our opinion. Van stated in a tweet dated 2019 that Precision Vision in Berkeley, CA is the only place he gets his spectacles from.

If you’ve ever seen Tinie live or his photos online, you’ll know that he likes to try a variety of glasses now and then. He’s a total fashionista. He owns his own fashion label Disturbing London, so it’s no surprise. In addition, the ‘Girls Like’ singer has served as an ambassador for London Fashion Week Men’s.

Tinie Tempah is one of the coolest black male celebrities with glasses who surprises his fans with various designs of eyewear. But he does have one distinctive style of frames that he wears frequently. These are his gold-rimmed round frames with thin metal frames. He’s worn them on several occasions, including his appearance at the Top Gear show.

Although, these are not his only favorite glasses. Tinie Tempah was often seen wearing wayfarer-style glasses. It was when he had just started out and after releasing his debut album Disc-Overy.

The 33-year-old British rapper and TV presenter has several fans proud of flaunting glasses like him.

Caila Marsai Martin (age 17) is an actress and producer from the United States. She is best recognized for her performance in the ABC sitcom Black-ish as Diane Johnson.

Marsai Martin has often been observed wearing pink glasses and also crystal clear frames with no color on numerous occasions. These help her stand out in the crowd while also complementing her melanin complexion.

The spectacles allow the actress – the youngest of black celebrities with glasses on this list – to show off her facial characteristics. Thus, ensuring that the frames don’t capture all of the focus because they aren’t a striking and dazzling pair.

On her show, Black-ish she is seen sporting a black rectangular pair. Marsai was the show’s first black girl to wear spectacles for the producers. And, according to one of the young star’s interviews, they loved it a lot.

An American actress, Zoe Saldana appeared in two episodes of Law & Order in 1999 after her appearances with the theater group Faces. A year later, she made her cinematic debut in Center Stage (2000), playing a ballet dancer. With Avatar, Avengers: Infinity War, and Avengers: Endgame, Saldana is the only actor to have appeared in three of the five highest-grossing films ever made.

In their new ‘My Look’ campaign, LensCrafters has named her the company’s new face. To her, wearing glasses that enhance or reflect your character is essential. Eyes are the first thing people notice. And eyewear is one of the easiest ways to make a great first impression.

The actress is often seen in a simple yet elegant pair of oval black glasses. Thus, making her way as one of the beautiful black female celebrities with glasses. 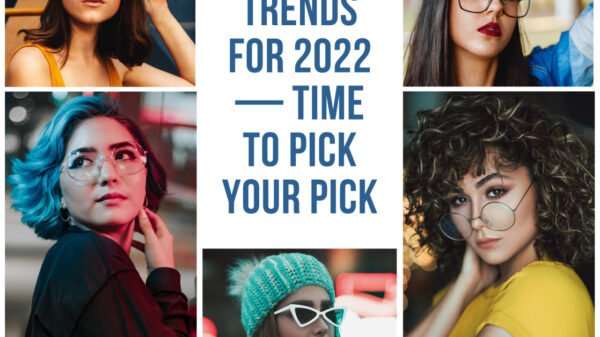 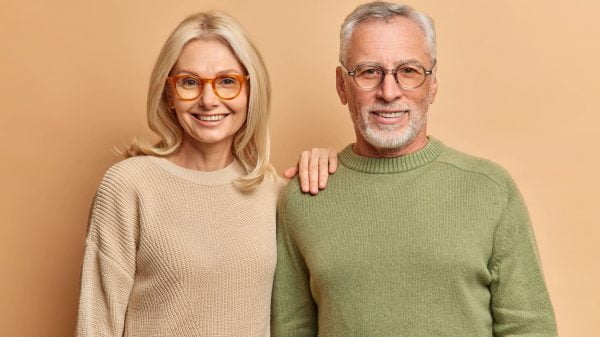 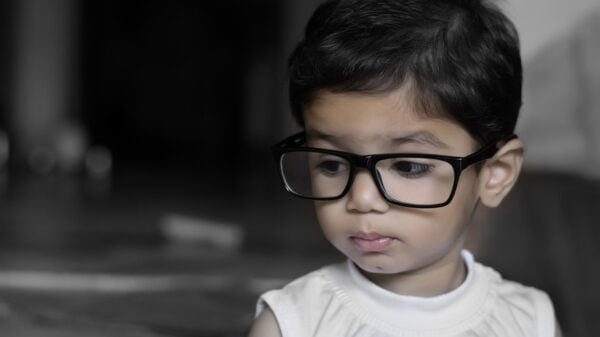 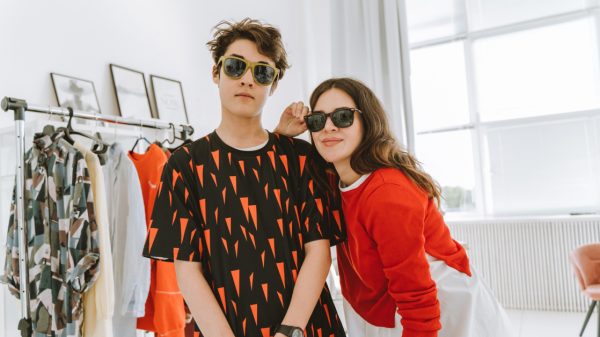